Want to learn more about swords and their importance in Asian history? Sign up for a teen or adult swordsmanship class and come to our presentation on the ancient Japanese katana! 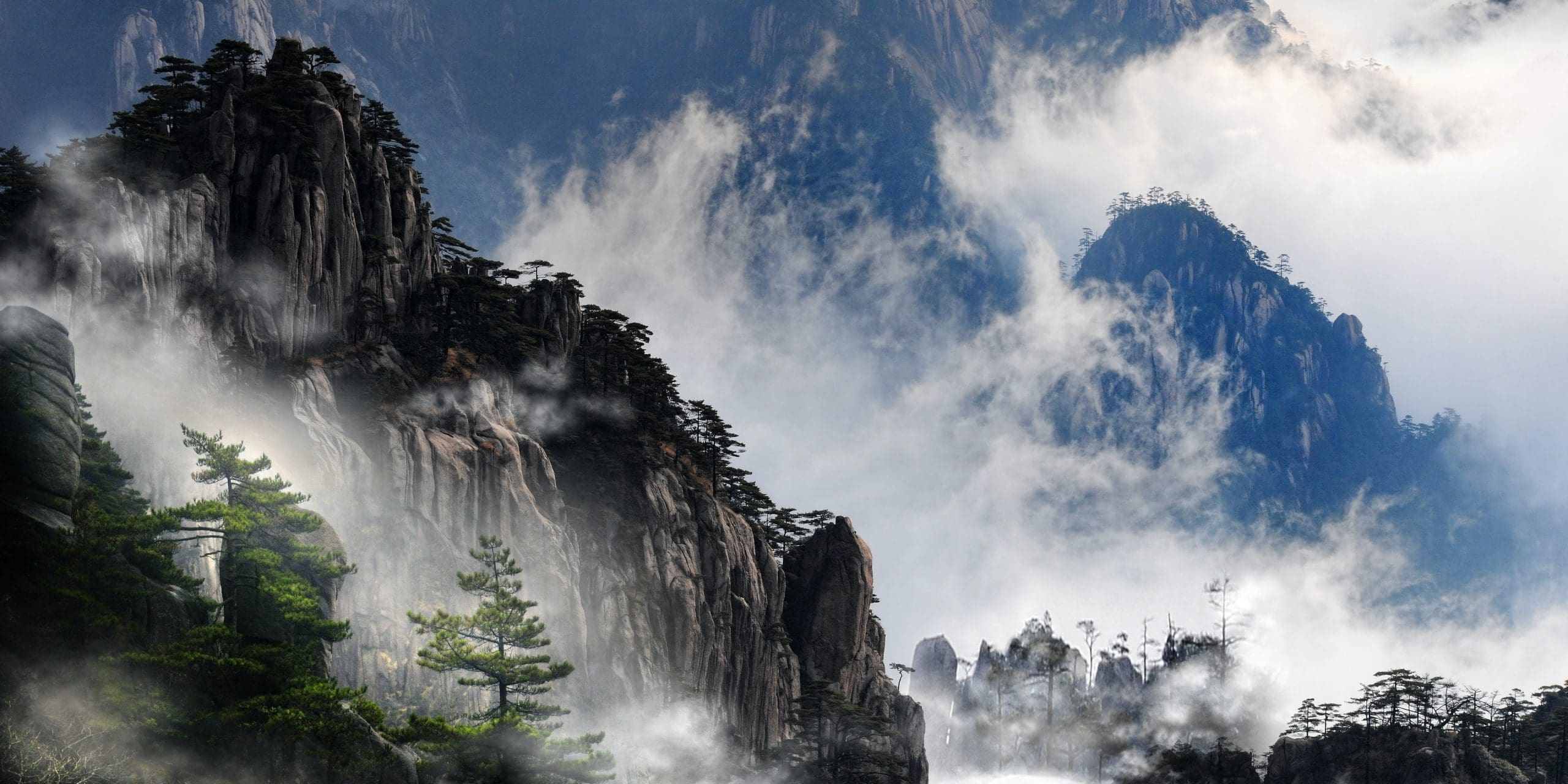 What are wuxia and xianxia?

Wuxia (武俠) is a genre of fiction originating in China. These stories about "martial heroes" (the literal translation of the phrase) tend to involve martial artists fighting against the odds and their own personal tragedies in order to become stronger in both body and spirit. Romance, chivalry, and the warrior's code often feature as strong themes, but wuxia's real appeal for many is the martial arts action that fuels the growth of its protagonists. While characters in wuxia stories are often capable of feats of superhuman ability, fantasy elements are usually light and mystical in nature; people might be punching boulders in half with their bare fists, but only because that's how good they've become at martial arts.

Those who like a bit more magic with their martial arts might consider trying xianxia (仙侠), a subgenre of wuxia that leans heavily into the mythological powers of its "immortal heroes." Characters in xianxia stories might be capable of leaping over buildings and other martial feats, but they're just as likely to soar through the air on flying swords and use magic items to summon spiritual energy that vanquishes opponents—who are just as likely to be monsters and demons as they are fellow humans. (Fans of fantasy might notice that many of xianxia's genre features and tropes are similar to Western fantasy's "sword and sorcery" stories.)

Wuxia and xianxia traditionally take place in historical China or a fictionalized version thereof, but as the genre has grown in popularity and spread outside China, so has the variety of and variations on wuxia and xianxia's stories.

Get started with these wuxia, xianxia, and inspired works!

All descriptions from BiblioCommons.

After his father, a Song patriot, was murdered, Guo Jing and his mother fled to the plains and joined Genghis Khan and his people. Loyal, humble and driven, he learned all he could from the warlord and his army in hopes of one day joining them in their cause. But what Guo Jing doesn’t know is that he’s destined to battle an opponent that will challenge him in every way imaginable and with a connection to his past that no one envisioned. With the help and guidance of his shifus, The Seven Heroes of the South, Guo Jing returns to China to face his foe and carry out his destiny. But in a land divided by treachery and war, betrayal and ambition, he’ll have to put his courage and knowledge to the test to survive.

When Rin aced the Keju—the Empire-wide test to find the most talented youth to learn at the Academies—it was a shock to everyone: to the test officials, who couldn't believe a war orphan from Rooster Province could pass without cheating; to Rin's guardians, who believed they'd finally be able to marry her off and further their criminal enterprise; and to Rin herself, who realized she was finally free of the servitude and despair that had made up her daily existence. That she got into Sinegard—the most elite military school in Nikan—was even more surprising. But surprises aren't always good. Because being a dark-skinned peasant girl from the south is not an easy thing at Sinegard. Targeted from the outset by rival classmates for her color, poverty, and gender, Rin discovers she possesses a lethal, unearthly power—an aptitude for the nearly-mythical art of shamanism. Exploring the depths of her gift with the help of a seemingly insane teacher and psychoactive substances, Rin learns that gods long thought dead are very much alive—and that mastering control over those powers could mean more than just surviving school.

The Order of the Pure Moon Reflected in Water

A bandit walks into a coffeehouse, and it all goes downhill from there. Guet Imm, a young votary of the Order of the Pure Moon, joins up with an eclectic group of thieves (whether they like it or not) in order to protect a sacred object, and finds herself in a far more complicated situation than she could have ever imagined.

The Empress of Salt and Fortune

A young royal from the far north, is sent south for a political marriage in an empire reminiscent of imperial China. Her brothers are dead, her armies and their war mammoths long defeated and caged behind their borders. Alone and sometimes reviled, she must choose her allies carefully. Rabbit, a handmaiden, sold by her parents to the palace for the lack of five baskets of dye, befriends the emperor's lonely new wife and gets more than she bargained for.

Jade is the lifeblood of the island of Kekon. It has been mined, traded, stolen, and killed for—and for centuries, honorable Green Bone warriors like the Kaul family have used it to enhance their magical abilities and defend the island from foreign invasion. Now, the war is over and a new generation of Kauls vies for control of Kekon's bustling capital city. They care about nothing but protecting their own, cornering the jade market, and defending the districts under their protection. Ancient tradition has little place in this rapidly changing nation. When a powerful new drug emerges that lets anyone—even foreigners—wield jade, the simmering tension between the Kauls and the rival Ayt family erupts into open violence. The outcome of this clan war will determine the fate of all Green Bones—from their grandest patriarch to the lowliest motorcycle runner on the streets—and of Kekon itself.

It begins simply. Shen Tai, son of an illustrious general serving the Emperor of Kitai, has spent two years honoring the memory of his late father by burying the bones of the dead from both armies at the site of one of his father's last great battles. In recognition of his labors and his filial piety, an unlikely source has sent him a dangerous gift: 250 Sardian horses.
You give a man one of the famed Sardian horses to reward him greatly. You give him four or five to exalt him above his fellows, propel him towards rank, and earn him jealousy, possibly mortal jealousy. Two hundred and fifty is an unthinkable gift, a gift to overwhelm an emperor. Wisely, the gift comes with the stipulation that Tai must claim the horses in person. Otherwise he would probably be dead already...

The thief who stole his heart. Sword dancer Li Feng is used to living life on the edge of the law-a woman alone in the dangerous world of the Tang Dynasty has only her whirlwind reflexes to trust. She will discover the truth about her past, even if that means outwitting the most feared thief-catcher of them all... Relentless, handsome and determined, Han sees life-and love-as black and white. Until he finally captures the spirited, courageous Li Feng, who makes him question everything he thought he knew about right and wrong. Soon he's faced with an impossible choice: betray the elusive sword dancer he is learning to love, or trust his long-disregarded heart and follow her to dangerous, tempting rebellion.

Sacred artists follow a thousand paths to power, using their souls to control the forces of the natural world. Lindon is unsouled, forbidden to learn the sacred arts of his clan. When faced with a looming fate he cannot ignore, he must rise beyond anything he's ever known and forge his own path.