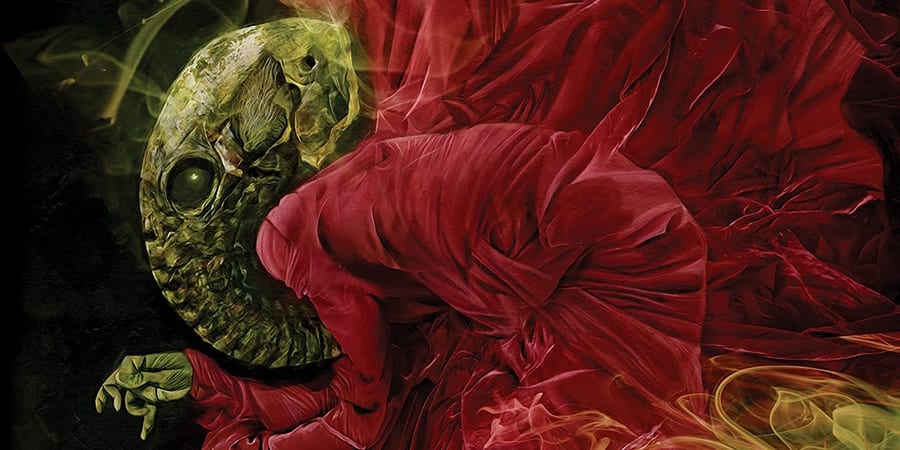 For many, Jenna Coleman's portrayal of Johanna Constantine, occult detective for hire, was the stand-out of the series. But as a comics character, Constantine predates even the original Sandman comics. After his first appearance in Alan Moore's 1985 Swamp Thing, Constantine starred in one of the longest-running and most successful DC comics of all time: Hellblazer. Check out issue #27 if you're looking for another Gaiman take on this classic character.

Neil Gaiman has long had a reputation as a mythmaker—taking big ideas from folk stories, religions, and myths and twisting them into something new—but he isn't the only one. In Fables, characters from well-known fairy tales (think Little Boy Blue, Cinderella, Scheherazade, etc.) escape to New York City following the cataclysmic takeover of their home world. The first issue follows the Big Bad Wolf trying to solve the murder of Snow White's estranged sister, Rose Red, and things only escalate from there.

The Wicked + the Divine

While we're on the subject of myths made real, The Wicked + the Divine follows a pantheon of humans who've just discovered that they're actually reincarnations of deities from across the world's religions. This revelation grants them fame and supernatural powers... with the stipulation that they'll all be dead in two years.

If what you like about Sandman is the way that it seamlessly merges fantasy and horror ("24/7," anyone?), than you might enjoy Locke & Key, a comic series that also garnered a big-budget Netflix adaption (if one with a slightly more spotty critical response than Sandman). This story has everything horror fans want, like haunting visuals, palpable dread, and a prom where teenagers die in horrific ways. If you love horror and have never read a Joe Hill story before, this is a good place to start.

But if you like your spooky comics with a more Lovecraftian flavor, check out Abbott, a comic about a 1970s Detroit beset by otherworldly horrors. The only one who seems ready to take them on is Elena Abbott, a take-charge, no-nonsense reporter who's not about to let these crimes or their victims go unnoticed (because if she does someone will probably end up opening an occult portal to a hell dimension).

Do you like Sandman because it's a dark fantasy? Or maybe because it involves people contracting with mythic powers beyond understanding? Yes? Then try Monstress, Marjorie Liu and Sana Takeda's gorgeous epic about a teenage girl with a demon for an arm. Or, as Neil Gaiman himself put it, "Remarkable. A beautifully told story of magic and fear."

Genre-bending! Universally acclaimed! Massive in scope! Won tons of Eisner Awards! Am I talking about Sandman or Saga, the epic tale of two star-crossed lovers on the run from the opposing armies that they defected from? (And so much more than that. Oh my goodness. So much more.) If you've finished reading all of Sandman and are ready for another long-running series to fall in love with, Saga is the comic for you.

Need more Neil Gaiman in your life? Check out this exhaustive list of his works below, all available for free with your library card!