Growing up in the 90s, I had access to many genres of music. Early on, I drifted toward what my older sister was listening to; Mariah Carey, Amy Grant, En Vogue, even some boy bands. When I developed my own musical tastes I gravitated to alternative rock like R.E.M., Bush, and Pearl Jam. 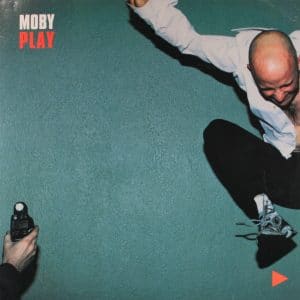 Then late one evening, on the bus ride home from a marching band competition, my friend Adam handed me his Sony Discman and said, "You have to check this out." With gliding synths and a drum track making my head bob, this felt new and unique. Moby's "Porcelain" from his album, Play, poured into my head and rewired my brain. Moby changed the approachability and marketability of electronic music. Suddenly he was everywhere in commercials, soundtracks, and on stages around the world.

After that epic bus ride, I went out and got my own copy of Play. Now I find myself twenty years later, oddly entranced by music with which I am deeply familiar that feels fresh and inspired. His new album, Reprise, takes those familiar songs across his discography in a new direction with an orchestral arrangement. Moby has transformed his musical style many times over the years but remains powerful and vivid.