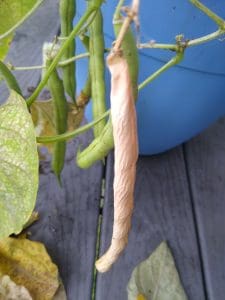 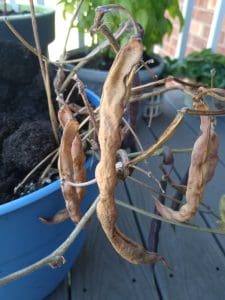 I don't have a place to put a garden, but I thought this year I might just plant a couple bush beans in a pot and explore the process of saving seeds. It wasn't too much of a commitment, since I already had pots and dirt. I took two beans out of a packet of this year's featured Trilogy Bean Mix and planted them in a medium-sized pot in late May. I didn't want to overcrowd the pot, so I decided against all three, but tried to pick two out of the trilogy that would be most interesting. I tried to go for purple and yellow. I guessed wrong.

The Provider green beans showed up first, then the purple Royal Burgundy beans. I munched on a couple before deciding to let the rest dry out on the bush. This process began at the end of July.

Two months later, by the end of September, I thought the beans seemed dry enough. They felt hard and papery, like not a drop of water was left inside. The leaves had all fallen off the bush, but to be safe, I cut them off at the stalk and hung both up to dry indoors for a week. 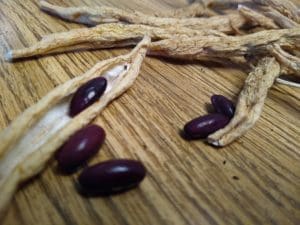 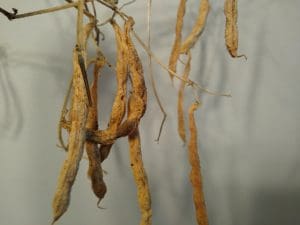 I didn't have any trouble opening the pods and getting the beans out. They popped out of the pods looking like I bought them in a bag at the store. I let them dry a bit more before filling out a donation envelope.

All in all, I would rate bush beans as Very Easy to save. I had to plan ahead a little bit to make sure I didn't eat too many, but all I really had to do was wait a long time to make sure the seeds were entirely dry. Another great rookie seed to save!